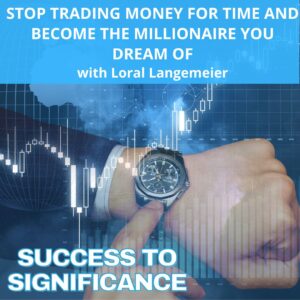 It makes no difference where you start in life; anyone can have the life of his or her dreams. Become passionate about your work and watch how success follows! In this episode, Jen interviews Loral Langemeier, founder of Live Out Loud, Inc. & Executive Coach.

Listen to the podcast here:

Hi everyone. And welcome back to this episode. I am so delighted that you took time out of your day to join us today. I have a real exciting guest here with me today, and that is Laurel Lang Meer. Welcome to the shell, Laurel.

So I’ve already read your bio and everybody knows a little bit about you.

Um, well, I grew up in a farm in Nebraska, so I didn’t have, like, we didn’t grow up poor. I mean, we were kind of middle class. Um, but at 17 years old was my defining moment. I was in a seminar. I still don’t remember exactly how I got there. I think it was headed off to, uh, to college and playing basketball.

And I think it was one of those kind of seminars. But anyway, Dennis Waitley gave me the book thinking grow rich. Yeah. So 17 years old, you can imagine me growing up in a farm with no, just nobody. I mean, it’s not just my farm family. I mean, no one talked about money and then just noticing like, oh my gosh, like people, like, there are people who actually think like this and I just consumed it consumed personal development by 19 met Bob Proctor was reading, born rich, just, you know, do dove in and then.

Started my own training, my personal training company. So I was a personal trainer aerobics and structured during college and then getting a master’s degree. So I think what attracted me to money is just not having it and then as part of it. But I think as time went on, Jen, it was more about just why so few people get it right?

Like how is it that so few people and especially women, uh, don’t become millionaire. Like they’re a hundred, thousandaires a lot of hundred thousandaires lot of great successful, a hundred thousand air women. But, you know, there’s a very, very small percent that go for that million dollar status. So part of it, I think, was an experiment and then in 1999, um, I got pregnant was gonna be a single mom.

He wasn’t gonna be a dad. And there, there was just, there became a whole nother level of motivation. It’s like, all right. I lived in Sausalito, California on the water, you know? And, uh, I remember one of my greatest mentors said, how much is it gonna. To stay where you are, you know, cuz everybody would, the perception was, oh my gosh, you’re gonna have to sell everything, go back to Nebraska.

And you know, you have your family take care of you and it’s like, no, I’m gonna go figure this out. So a lot of that energy.

Yeah. Um, I, you, I mean, you mentioned a lot of people and so those who are listening, you know, may not, I mean obviously everyone knows Bo uh, Proctor, right? Is it Bob? Bob Proctor. I just had a little brain fade with that.

Yeah. Bob Proctor, not as many people know Dennis Wheatley though. That’s pretty interesting. I love that. I had a really great opportunity to speak with someone that worked right for him for years and years. And, uh, you know, and I’ve used his pyramids before. Absolutely love him. And he’s a basketball coach, which is kind of cool because that’s where you came from as well.

So yeah. You know, um, I love this saying that you said just said a thousandaires I’ve never heard anybody say that and you’re right. Every there’s thousandaires and you know, a hundred thousand errors or as you’re calling it. Um, but millionaires and I think, um, at least from my perspective, I think one of the reasons women aren’t as successful in the millionaire mark or, or with money is generally they’ve taken that backseat, but don’t you see that there’s a trend changing in.

Today’s world or do don’t you see that? What do you, what are you seeing?

I see it, but I still see, I mean, I, a lot of people perceive that like my client base is mostly women and it’s really not because I’m just so direct. I’m, you know, what I, what I talk about is so grit about the money. I mean, down to where you bank and your credit, and I mean, really, you know, dig in with the families.

So what I find is the women do take a backseat, but this hundred thousand earmark it’s it’s soy, I feel like it’s. Is enough to actually support the family. Um, six figures was their, their marker. Right. Cause you gotta admit too. And you know, so few people even make six figures as an entrepreneur.

Loral Langemeier is living proof that it makes no difference where you start in life; anyone can have the life of his or her dreams. Loral is a money expert, sought after speaker, best selling author and Owner &CEO of Integrated Wealth Systems–a wealth coaching company. Growing up on her family’s farm in Nebraska, Loral learned the value of hard work, persistence and how to get things done even in the face of much opposition and criticism. Loral began her career working for the Chevron Corporation right out of college. It was clear to her early on that there was more to life than cubicles and trading her time for dollars. Despite her own fears and persuasion from friends and family against it, Loral quit her job at Chevron to become an Executive Coach. Virtually overnight, Loral quintupled her income as an Executive Coach, while working much less. With her newfound freedom of time and accumulation of wealth she founded Live Out Loud, Inc. As a single mother, Loral has since dedicated her life to helping men and women from all walks of life to become millionaires and have time to spend with their families.

Connect with Loral Below: 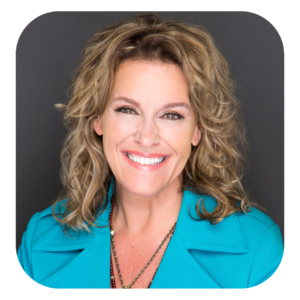 Giving Back Through Youth Mentorship with Morlon Greenwood
November 22, 2022

Learning to Prioritize Your Health with Nick Delgado
October 25, 2022 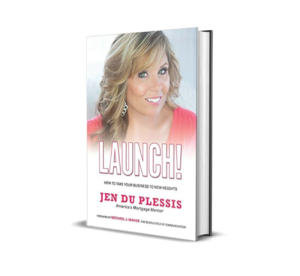 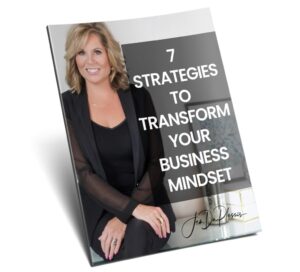